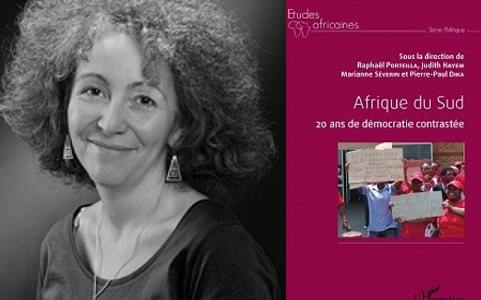 Wykład 1: THE POST-APARTHEID PARADIGM: POLITICAL CHANGES IN SOUTH AFRICA SINCE THE END OF APARTHEID AND HOW TO ANALYZE THEM

Since the formal end of apartheid and the multiracial and democratic elections of 1994 which led to Neslon Mandela's elections, many things happened in what is currently called "post-apartheid South Africa". But what does this notion of post-apartheid refer to, and has it always meant the same thing over the last 25 years? To answer that question I will examine the different uses and meanings of the usual expression “post-apartheid.” I will show how this notion has been used extensively in the social sciences, political discourse and the media since the mid-1980s. Then I will review the different ways I have used this notion in anthropological research on workers’ forms of thinking and political subjectivities in South Africa since 1996. I distinguish between its use as a chronological marker, an academic concept open to various problematics and epistemological decisions and a notion used by interviewees under various acceptations. I concentrate more specifically on the sequential implications of the adverb “post” in her work and argues that there have been political sequences in what she (with others) has named “post-apartheid.” I will conclude about the reasons to use or not to use the expression if one wants to analyze the current political sequence in South Africa.

Wykład 2: HIV/AIDS IN THE SOUTH AFRICAN MINING INDUSTRY A POLITICAL AS MUCH AS A MEDICAL ISSUE

Based on several fieldworks in the South African mining industry in the 2000's, this lecture will examine how HIV/AIDS in this contexts is both a medical and political issue both for the mineworkers, their trade unions and management. I will first present the specific historical, economic and political context of the epidemics in the South African mining industry. I will then focus on various forms of thinkings existing amongst the mineworkers about the disease and the way it should be considered and taken care of in an industrial context such as the mining industry. I will show how their initial resistance to HIV test and treatment can be understood through a careful examination of the work context beyond apartheid as much as through their personal understanding of the disease. I will then analyze the various forms of mobilization to get access to treatments articulated to these views and how they have evolved over times.

JUDITH HAYEM is a senior lecturer in anthropology at Lille 1 University, France. She is a member of the Centre Lillois d’Etudes et de Recherches Sociologiques et Economiques (CLERSE-CNRS). She has been the President of AFA (Association Française des Anthropologues), the French Anthropologists’ association from 2011 to 2016, and has been a member and head of the editorial board of Journal des anthropologues from 2012 to 2017. She has been working on South Africa since 1996. Her areas of interest include political subjectivities, in particular workers’ political subjectivity and mobilisation around HIV/AIDS. Her PhD was published in 2008 by IFAS-Karthala under the title La figure ouvrière en Afrique du Sud. She is currently conducting research on post-apartheid generations’ ways of thinking in South Africa. Her publications in English include: